"WE ARE TRYING FOR HELP TO JAPAN BY ART SOUND…" 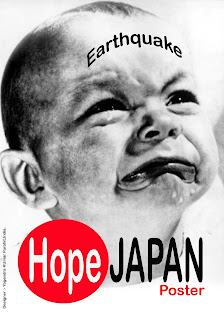 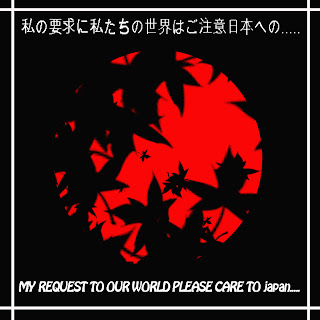 I WERE CREATED THIS POSTER FOR JAPAN..

Last month Japan came in trouble by Nature attack . All world know about it very well .Nature have done two attack in a one time on Japan first was tsunami and second was earthquake both attack was very danger for Japan .I can say the nature was killed to Japan Power and Japan went in handicapped condition after 67 year .that was very painful for me when I saw some video of Japan condition and some news by news papers . I were feeling upset inside of my heart, thousands people were killed by nature in Japan and thousands people were lost his or her home , I saw in video water and water everywhere . some photographer were taken challenge and they were shoot the live seen of Nature attack on Japan..

That time I were update some dialog on my online network for Japan life and I saw all world people were pray for Japan life.but time have no U torn .that was fixed for Japan by time design . that day I saw the god was bounded by time he could not care to life of Japan..ha

In that time a very soft heart artist Mr. Byoung Won Choi had started the help sound by his art sound for Japan , He did invited to all world artist for Design a Poster on Japan condition ,I saw some one caught a time condition and started work for that tuf condition by art with world art family. I were liked his creative sound because that was not only a invitation of poster design that was a open invitation for help to Japan .

Mr. Byoung won choi have posted me a message for poster design I were accepted his invitation and then I were created a poster for Japan.when I were creating that poster in that time my mind was thinking for nature attack and that sound came in my poster design I were created that poster on Photoshop software you can say digital poster ,in that poster I were selected red big dot the symbol of Japan flag and I were covered to that red dot by black leaf black leaf is symbol of nature attack .That red dot on black background .when I were finished that poster design I were typed text on that poster that was my true request to our world for help to Japan , I were wrote { MY REQUEST TO OUR WORLD PLEASE CARE TO japan….} and same text I were translated on google translate in language of Japan and added on upside of my poster design poster for Japan . After creation of that poster I were update that on online art group GREEN + YOU . Mr. Byoung won choi is a director cum designer of GREEN + YOU art group. Byoung won Choi was visited my designed poster and posted a comment , he was appreciated my art sound in language of poster .Green + YOU art group is commit for world care. It’s a good work by art group. In a one week Green + You was collected thousands posters from all over world artists and that art work was created a very strong sound on facebook online network , I saw all world online users were noticed that art sound of GREEN + YOU.that was a true art work for help to Japan.

In same time I were share my designed poster with President of America ,or President of INDIA and some more responsible person of our world , I were also share that art work image with world media and on my all online network , like twitter,orkut, facebook, linked,ning.com,hi5.com,and with www.bigb.bigadda.com lots of artist friends were liked it and appreciated .because all were want to care to Japan life .

Here I am thankful for art group Green + You and for Artist Friend Byoung won Choi he was invited me for a poster design then I were created help sound for Japan by my art energy. In future Byoung won choi will design a exhibiton of that posters collection and I hope that exhibition will create more sound for help to Japan. My best wishes for Artist Mr. Byoung won Choi and for his art group GREEN+YOU..ha

A special Thanks for http://graphicart-news.blogspot.com , its blog team have published a good news about poster for Japan . with title " DESIGNER PRAY WITH INSPIRATION FOR JAPAN LARGEST EARTHQUAKE [ 2]..