Alexander was a great idle person of our  world History , He changed to History by fight or wining action . he was first world winner or a first king of our world . as a artist I am thinking  by fight he won to world and in that win he connected to all our world. In time of great Alexander the world was one country of King Alexander . our history is accepting it and we are knowing it by our world history .
In my view Alexander can win to world by love and peace , I think the fight of great Alexander was very small in Front  of this thought of a great Indian Sant , he thought and said about our world from his large vision “  All world is my Home / Family  “ .( Vasudev Kutumbh kam )

I am saying it because last week I joined to a international art workshop in my city Bikaner. It was organized  by Bikaner  Art Festival  society of Bikaner . They invited  to international artists of our world for that workshop . kind  your information  I was not a part of that art workshop as a painter.  but I presented there as a viewer or as a friend of painters of  my city or out of  my country . that art workshop was organized at Hotel Sagar Bikaner . workshop  Curator was senior Artist of my City/ Nation / world  Shree Gopal Vyas .
he invited to international artists of Italy ,  , Tunisia ,Palestine or India too.  In that workshop  total 36 artists were participated and created very contemporary paintings. 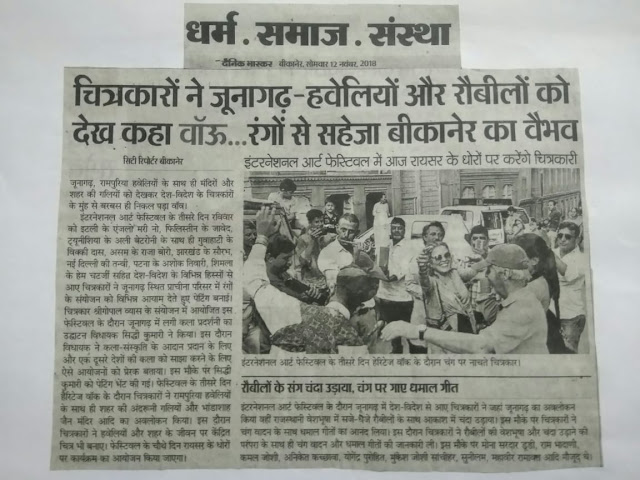 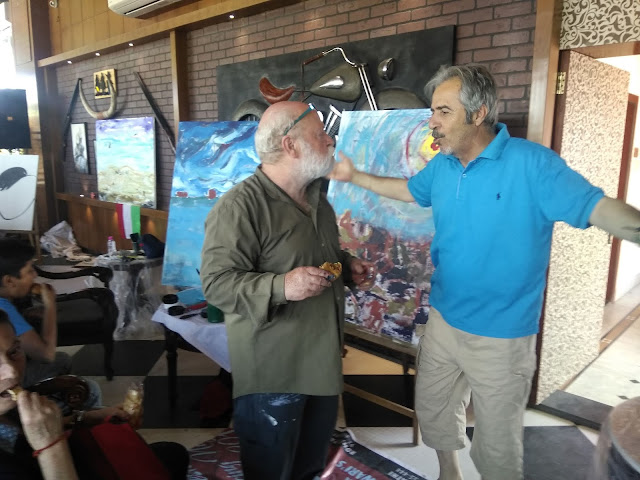 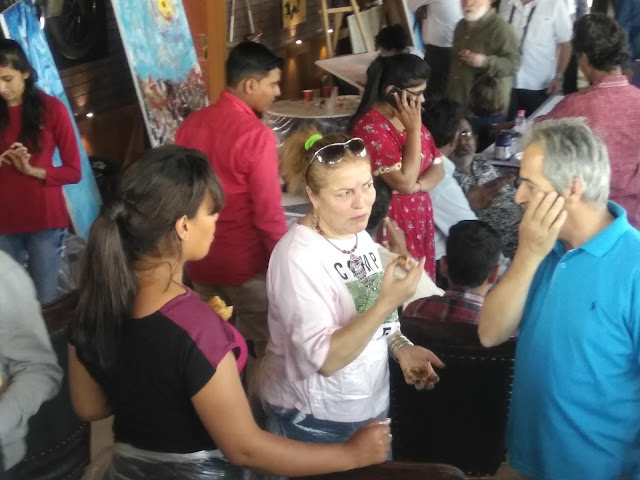 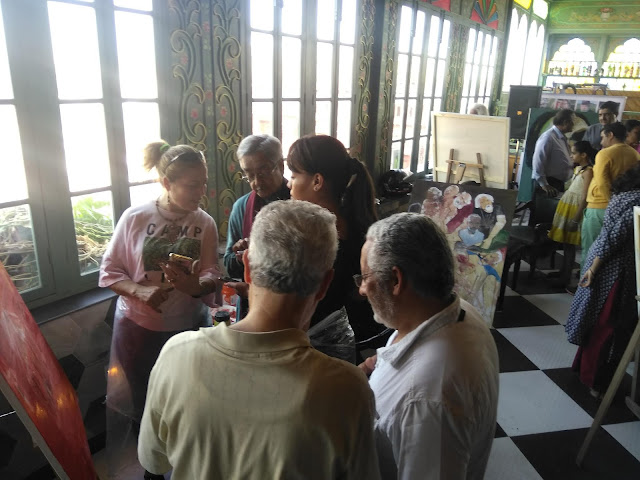 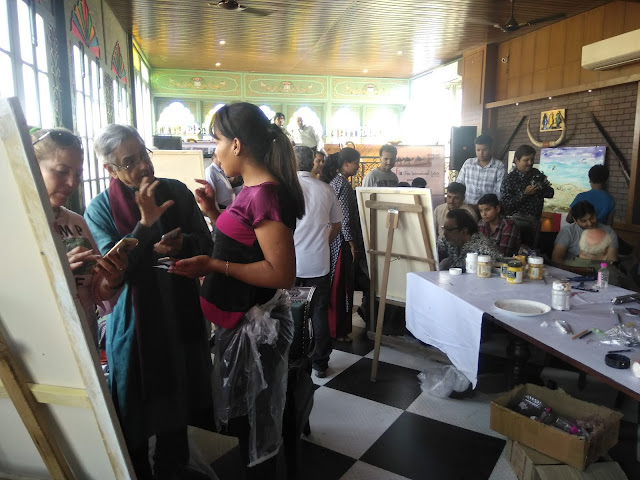 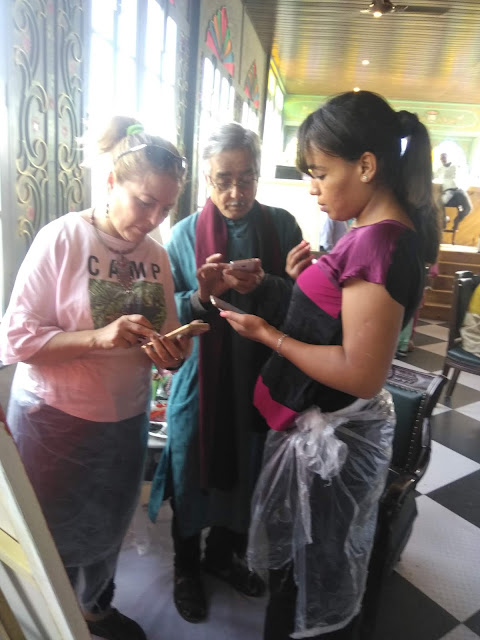 Art Criticism is also making communication between art and society in present time , sir Prayag  Shukla was wrote a book on this subject with title KALA , SAMAY , SAMAAJ ( Art , Time and Society ) so  art criticism is a live connectivity in our human culture . its touching to heart and vision of peoples and artists too. So thanks to Sir Prayag Shukla if he was presented in international art workshop of Bikaner for observe to Real Alexander of Art . he was came from ITALy with His artists team .

Yes I am telling about Italian art maestro  Sir  Enzo Marino a very old man but fully energetic , he is sparking to youth , he is inspiring  to youth from his energetic art nature or work .

Two year ago I met to him in my city Bikaner , he was organized a art camp at desert site with Senior Artist Shree Gopal Vyas . I went to visit his art camp . there I saw a very old man was painting to very big canvas’s, I think ten big canvas’s in 35 to 40 degree temperature of desert site . I noticed there was no shadow for him so he gave me his umbrella and said to me “you will pick to this umbrella for shadow of  myself because  you are  my assitto “ . as a junior I accepted his artistic order in respect of him . there he was continue  worked hard on his big canvas’s . that was surprising movement for me or I learned how to live to art in any condition .  In India that was his first live fight to self  for  art  about love and peace design of  our world . 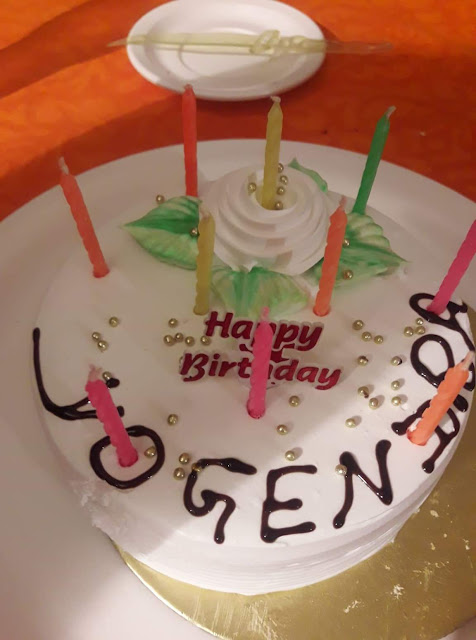 That day to till today Maestro Enzo Marino is connected to my soul and I connected to his soul our souls  are  communicate by online networks . mostly everyday .

Before join to this International Art workshop 2018  Bikaner  .Art  Maestro Enzo Marino  wrote to me I am coming Bikaner and I will work With  you bro . I did welcomed to his art offer as a junior art master .  but by time mistake  we could not worked both in that art workshop . but I presented there  as a shadow of him because I did collecting art energy from his very active presence .it was real art surprise for me  so i am very much thankful of team of International Art Workshop 2018 Bikaner they were created this kind of art opportunity for me . 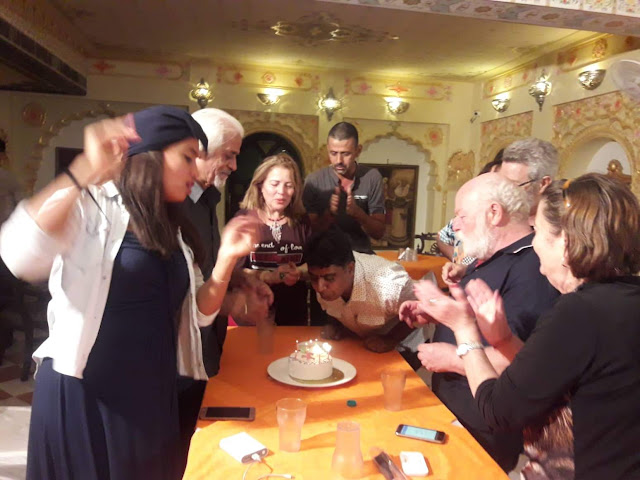 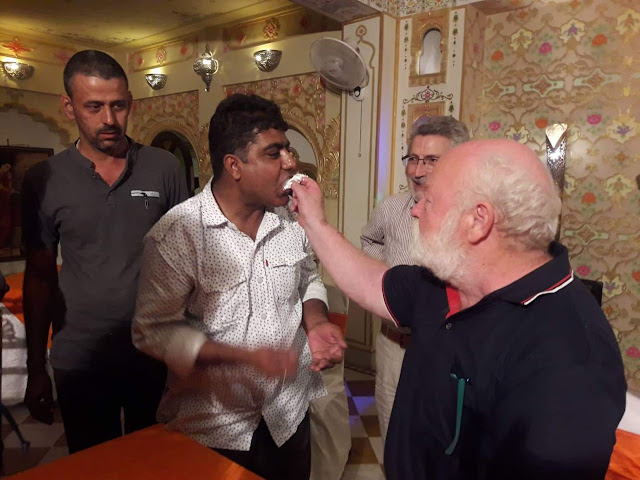 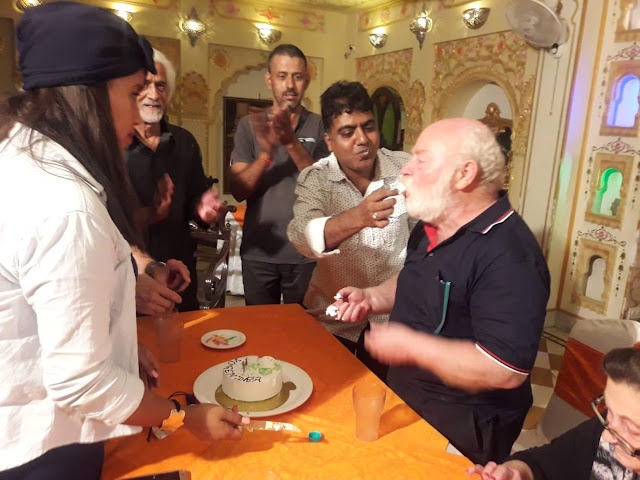 You know why I am calling  Alexander to maestro Enzo Marino , its region is he came India with his team of Artists . his aim was love and peace through art and culture exercise . he think our world is one family we all are member of this family . by art he won my heart, the heart of Senior  Artist of Shree Gopal  Vyas and all junior artists of my City  Bikaner . in ten days he lived with us like a old man of our family , he shared his art story, he created many art works before art workshops , he visited and noticed to art works of all young artists of that workshop  or he was guided how to live to art as a art maestro . I saw a complete art institute in him a live or movable art institute or I can say a one man army of field of art .that army came from Italy for win to heart of INDIAN Art  society  by his art activity . I think  he was won to us by his activity of love and peace Design ( Art ) . we all are fall in front of his love and peace action .

Kind  your information Maestro Enzo Marino has been worked of art  in 61 different countries of our world before came  to INDIA . His long art journey  is standing to him parallel / upto to Alexandra the great .

Posted by yogendra kumar purohit at 4:16 AM 4 comments:

Friend what is definition of heritage can you tell me ? for me heritage is my past life , you know on date 27 October  2018 I have completed 42 years of my life . so you can say my 42 year journey or that’s very important parts are my heritage . because I lived that from my soul and body too with sound of Art .

I am practicing in visual art so visual art  zone or that’s all art and crafted  works are   my heritage .  because I am following to art and you know art was started very early to me . so its academic heritage for  my art journey . I accepting it as a art master  and I am trying to prove it by my art practice . its example is  my recent heritage project work 2018 .

Kind  your information in this heritage project I selected a very historical wooden door of  my home ( old fashioned wood and iron work ) . A senior late carpenter was crafted that door for  our home and in present that is come in old fashion . so it was went out to our home but not out to my mind or vision . because I knew that door was work of a craft man .

So in respect to his craft work I selected that door for  my heritage project work 2018 . door condition was not good so I gave that door to a new carpenter for update to that door by wooden  craft work . I did pay to him for his good craft work . after wooden  craft work the door came in same look just like that’s first look . so I am thankful for craft man Sir Jainarayan Suthar or his Son  Master Jitendra Suthar .

After wooden craft work that door I submitted to a Iron worker.  he crated that’s base point of door we are calling to that CHULIYA  ( In rajasthani  Language ) or some designed iron plates that was fixed on that door  for that’s original look or fashion . so thanks to Iron worker Sir  Jumma Ustad  and his  teem .

Two different kind of craft mans were worked on that door then that door was ready for my painting work . you can see to door image and then  you can know how much ruff  wood  condition of that old wooden door . so I created very smooth surface for that door by primer or potting  work . After painting base work I started painting on that door or when I painted that door in single Persian blue  color , that door was looking a  fresh old fashion door  . it mean by painting work  that door got a new look or life for some more years . 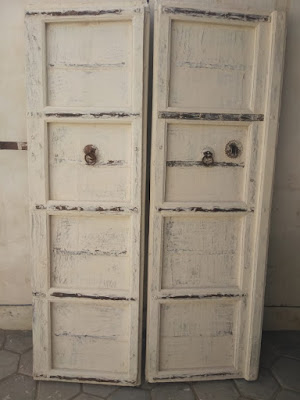 On Persian blue  color I painted  white clouds  design of Ajajnta Cave Painting style . In Bikaner some folk artists are calling to that MATHERAN  Art  but  my  Art observation is telling to me it’s a branch of AJANTA Paintings. So this Heritage project work 2018 is dedicate to AJANTA  Art or to MATHERAN ART BIKANER . I selected Clouds Design for that  door because that wooden door was fully crafted  by hand and Ajanta painting Style / Matheran Art is also come in Craft work  today or  you can say I revive to old fashioned art and craft  in form of heritage project work  2018 . for recall to art history or that’s strong passionate work by  a old fashion wooden door of  my home .  this heritage project work  2018 is just showing  to  inner respect for my heritage .