I React For Pain Of France

His Presence is Showing to world if he is a real hero of our world , he is very angry and alert against non states communities of our world. The Amereica and some Other Countries are alerting to INDIA , they are predicting  for something wrong by Non States communities. Non State  Community can attack on India  on date 26 Jan . 2016 . in this high alert condition Hon’ble President of France is with us like a super hero of our world .

I am happy to  my Nation security system . they are caring to every movement of Hon’ble President of France in India . its example is , The president of France was visited to  very Artistic  Rock Garden of Chandigarh , India . He was enjoyed there art work of Rock Garden In presence of  Our Hon’ble Prime Minister Sir Narendra Modi .

Today Hon’ble president of France Sir Hollande  was traveled in our Metro train  like a common man of India without any fear , his confidence is saying he is very angry on terrorism or that’s non states communities . it mean , He Know How to Control / clear to that non states communities from our world . He is Observing to tens condition of INDIA ., like his nation France  because both Countries are facing same trouble that’s title is terrorism .

Indian and France in same tens , this unwanted tens  creator is terrorism . it is hidden Devil of our world ,it is ,? we world people know it very well after got lots of painful accidents from them . All time they are killing to our peaceful people of our world family . after kill to people terrorist  go in hidden site . But today India have exposed to all non states communities or their hidden place, may be America , France , England, Australia , Dubai , China know about them  and Pakistan is promoting to them from land of Pakistan . so it is a big Question for all world Countries why Pakistan is caring to terrorism ? why ?

May Be The President of France will Ask this Question to Our UN .After this Visit of our INDIA .

I am happy because The President of France Sir Hollande was showed his full respect for MAHATMA GHANDHI Ji , he went at RAJGHAT and there he was submitted his respect by  flowers in form of a right SHRDHANJALI to real peace maker of our world late Great MAHATMA GHANDHI JI .

In Nov. 2015 , I were showed  my deep feelings for France peoples, many social peoples were got death there in  terror attack . Terrorists were killed lots of social person of France , The International   news was informed to world about that big loss of France  . when  I were read that bad news,  I could not  painted  my painting . I got disturbed to myself from that very sad news of France . In that painful  condition I were tried  to paint but in painting I could not filled the lots of colors , I did filled the color of Flag of France. On Twitter and facebook I were shared that painting  with  feeling of R .I. P. for Death of  peoples of France . it was my reaction by art on that Terror Attack of Terrorism.

So here I said I react for pain of France …

Posted by yogendra kumar purohit at 6:02 AM No comments: Links to this post 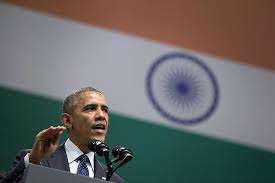 In 2008 when he came at white house for join to his job as a president of America , he was remembered to our world  peace creator  great  Sir Mahatma Ghandhi ( INDIA )  . In his president job he was started campaign for health care  in his nation . In that time I were told to Hon’ble president of America  in very clear words  about world health care  . I said our world is ill today , that illness title is  terrorism , it is a unwanted illness or it is attacking  on our mind and on our will power . so we need free world from this unwanted illness .so you take a very first action on it .


By luck he was noticed very hardly and after few months he was started a very hard action on terrorism ,  that’s result we seen in our contemporary world history . The American Army had  killed to OSAMA BIN LAADEN and That  was  live telecast of  operation Death of OSAMABIN LADEN ( Non state community leader . ) on American TV channels. 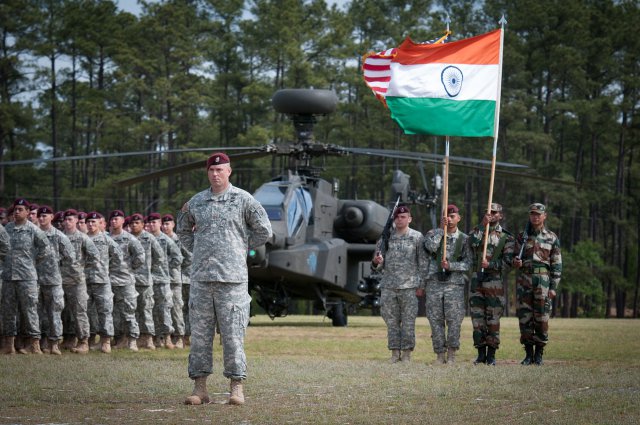 We all world people are know it , if American president have all kind of  action power  for close to this terrorism . I was  feeling confident  in  me when I was listen the words of President of America . he said , we  know where is the terrorist center /palace . he said Pakistan is a heaven of terrorist communities . Today America is busy in observation on Pakistan or that’s non state communities.

I read a news , in that news America was exposed a very danger news about weapons of Pakistan , the Army of Pakistan had  targeted to INDIA  by 130 nuclear  weapons . it is very tens full matter for INDIA or other Asian  countries . A one Mistake of Pakistan or that’s Non State Communities  will damage to our ASIAN  countries . but in this case Pakistan will damage itself it is sure . because nuclear weapon is not a toy weapon . 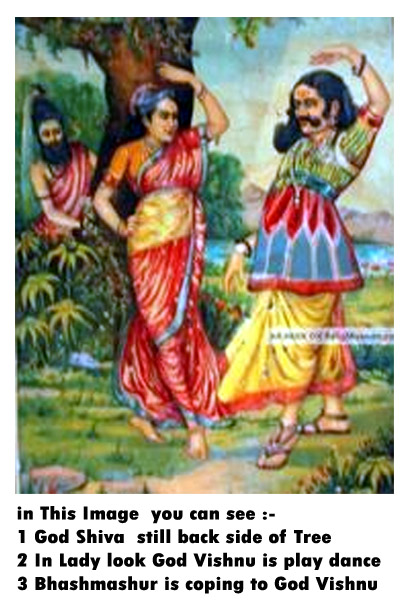 Pakistan or that’s None State communities  condition is looking  like BHASMASUR in  my view  .In Indian Mythology  A Devil name BHASHMASHUR was prayer to GOD  SHIVA , He was made  happy to God SHIVA by his hard Prayer , then God Shiva was asked to Him  what is  your wish ? he said god  you give me power of victory  and a special power , when I touch to head of anybody from  my hand in that movement he / she burn on the spot  . God Shiva had completed his wish . After got his wish the BHASHMASHUR was started negative activity , he was killed many kings and disturbed to other gods. so all universe was disturbed to BHASHMASHUR or his wrong activity( terror )  . One day he was thought I am big to GOD  SHIVA . so he went near God  Shiva and try to put his hand on head of Shiva , but The God Is God , god Shiva contacted  to God Vishnu and God Vishnu was played  a claver game with BHASHMASHUR and finally  the BHASHMASHUR was put his hand on his  head or he was burned  itself on the spot . its historical mythological story I am visualizing in Pakistan or that’s non state communities today .

Today  The America is Observing to all activity of Pakistan . I am not sure , but may be America and  Pakistan have opened this terror game but today America is still against  this life killer game . The President of America Hon’ble Barack Obama is thinking for real peace of our world and a healthy world , he know  very well  to illness of our world so I can say the America Will close  to it ..as soon as .. 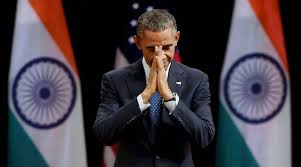 Posted by yogendra kumar purohit at 5:01 AM No comments: Links to this post

In India we found very first literature in form of poetic book. That’s name is RAMAYAN . The Ramayan was first start of literature in Indian  culture . The Ramayan was first Biography of God Ram , writer Sant Walmiki was wrote that after inspired to a critical live Seen of death of couple birds.  He went in  pain emotion and then he was gave RAMAYAN as a writing Creation to Indian culture . Sant Walmiki was wrote complete  life of God Ram in Ramayan with full detail.

Today we are saying RAMAYAN is a literature book  but in  my view that book is a documentation by a life writer . Ramayan Is a Text literature . but I think literature is not limited only on  text . literature can in form of  visual art ( painting, Drawing , Sculpture or Installation )  Literature can write  by light ( Photography is also writing work by light ) .today art critics are accepting it in literature .

So I think literature is a documentation of time, motion, condition, imagination or expression of real life .

Its example I were faced yesterday at Achary Tulsi Samadhi Sthal , (NETIKTA KA SHAKTI PITH ) Bikaner . There I were visited a photo biography on Achary  Tulsi , The Great Photographer Sir Raghu Rai was shoot that photo biography . Actually Sir Raghu Rai wrote to real life of Jain Muni Acharya Tulsi by light ( Camera ) . That photo biography was giving me complete sense about life of Jain Muni Acharya Tulsi  like a literature . so why I not accept to Photography in Literature .Without text I were read to life of Acharya Tulsi . I felt him and his life patience or his peaceful vision about peaceful society/ culture .

In year 2005 I were worked  on life  through  my painting language . I were created a 7X4 fits paper painting by water color . in that painting  I were created some books and on book pages  I were painted many time  only life text. Because I thought all book have sense of life .

so all kind of  literature is work around our life . I thought no life then no way for literature .

Its one more live example is,  I did visited today on twitter post . The Zee Literature festival of Jaipur 2016 has  started today Morning at Diggi palace Hotel Jaipur .There Dr Sudhash Chandra was launched his auto biography . he has wrote  his life in his autobiography . 17 rupees to he was started his life in childhood age and today after lots of struggle he is a director of Zee network unite and some more social works are in his direction  in our world . he has converted his life journey in text ,like a live documentation from his self life . that documentation is in form of a book so that was launched today in Zee Literature festival of Jaipur , INDIA .Actually Zee literature festival was launched to life of Sir Shubhash Chandra in form of literature from Stage of Zee Literature festival Jaipur .
I were also  registered myself  for join to this zee literature festival Jaipur 2016 , But environment is very cold and I am in Bikaner so I am not capable for join to this historical event . This event organizer know it very well if life documentation is very must for better future or education of life . Because we people learn to others life for our life vision  . in this learning process literature is support to us for fast/ right  growth of our education . Because all literature elements are give to us  meaning of life  by different angles of life.

Posted by yogendra kumar purohit at 3:56 AM No comments: Links to this post