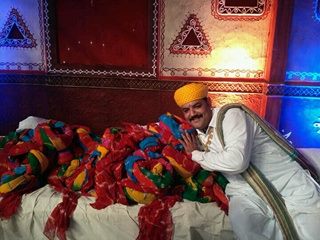 Here I am focusing your vision on folk, because I am also in this web after talk to a young man of my city . last week I was in main city of Bikaner , you know Bikaner is my home town . In main market of Bikaner ( BADA BAZAR )  master Gopal Bissa a very young man was met to me and he was shared his life matter or about his business .

He is promoting to Rajasthani Culture from his art and craft . For him his job is promotion of culture in world . But in my view he is living to real folk in his soul so he is folk promoter in front side of  my observation . 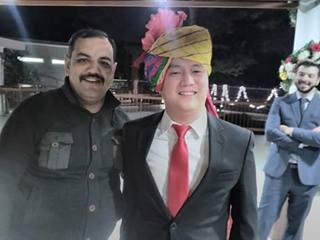 Kind  your information master Gopal Bissa is master in binding of Rajasthani turban in many styles . in Rajasthani folk all human cast’s  have a special style of their turban binding or they have their own selective color for turbans .  Rajasthank People have their cast identity by their  special turban style . In folk / culture we are calling to that turban’s   RATHODI PAG , RAJWADI PAG, TURANGI PAG, KILANGI PAG, KHIDAGIYA PAG , PICHRANGI PAG, FENTA, SAFA, PECHA , PAAGDI and  etc. 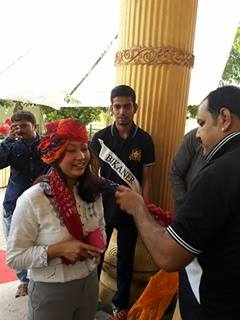 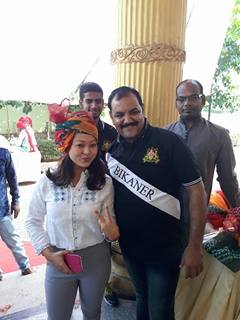 I am writing it here,  Because  when I were talked to Master Gopal Bissa,he was told me  we are promoting to Rajasthani culture by a project or campaign . we are going to out of India and there we are presenting to us with  our Rajasthani Culture by dress, turban or our talk ( folk ) .. 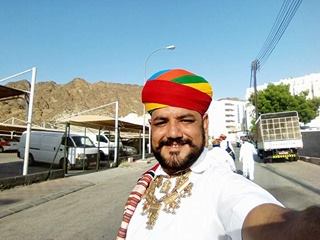 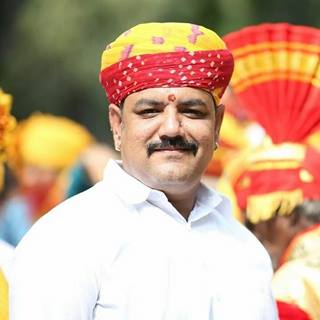 So here I said about our true art/craft  conversation . folk live in common life  …