Discussion on concept of
Mumbai Chakachak 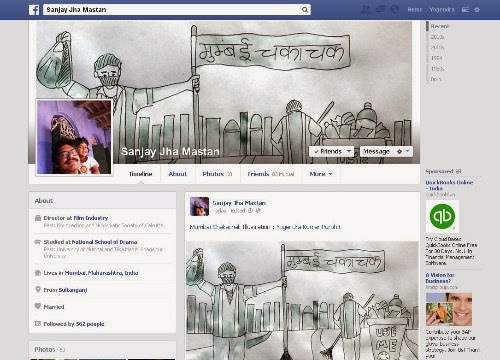 Dear Friends , this is a very true artistic story of  my art journey. It was started  in year 2012 and it is running with  my present  time because I am busy with this true story work as a art master. In this story I saw a live example of demand of complete sound in a right form of Inner sound of a concept creator .

In year 2012 , A cine art director Mr. Sanjay Jha Mastan ( Mumbai ) was called me after got the connection with me on online . he was observed  my art line sound by his art observation. On call he was demanded  to me some illustrations on his writing concept  that was a film script format , and Sanjay Jha Mastan was converted that script in book format for book  readers . After phone call he was posted me a mail with his writing concept . I were read that very careful and then told to back to Director cum writer Sanjay Jha Mastan . Sir , I have read  your concept it is very nice and interesting concept because it will give some sense  to society for cleaning . so it is very must  you create some visuals in theater and then shoot some photographs for book publication or  you can direct  a film because this is not a story book writing matter it is a complete film script for cine art . 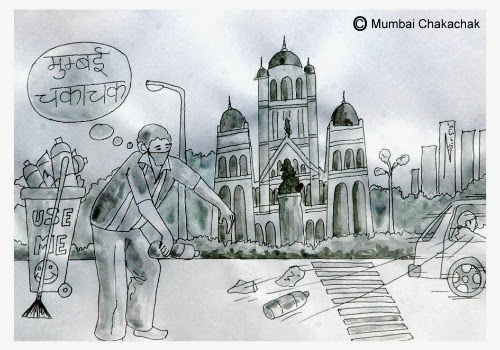 Director Sanjay Jha Mastan was replied  to me with true words he told me I have no money for film production and a book can go in hand of society so I need  you create some illustration for this concept. He was right because struggle time always giving new way and idea to a creator .but  in that  time I were also busy  in my art work by  my own time design so I were not created any drawing or illustration but I told to Sanjay Jha Mastan  you try to direct to  your script , its for film not for book. 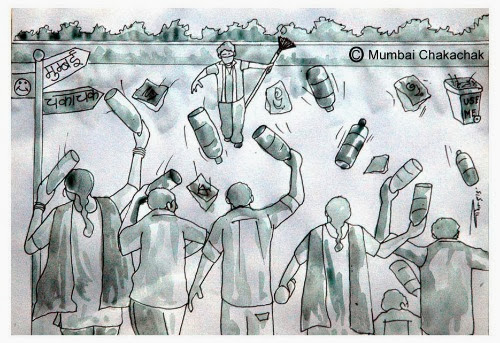 After one year in 2013 , last week I were received a  film promo link from Sanjay Jha Mastan . I were saw that link and I were felt very proud on Sanjay Jha mastan because he was got a right place and space for his concept . that was a live promo of film MUMBAI CHAKACHAK . when I were watching that promo in same time I were remembering first reading of this film script on   my pc  screen . some visuals are same,  dialogue s are same or that writer and director  is director . that was a great feeling for me . because I saw a right place for a right art concept on  our INDIAN Visual  art canvas. So a big thanks  by me to OUR INDIAN CINE ART  family .

I felt more happy when I were knew Cine Actor Sunil Setty was produced to this film script in direction of script writer cum Director Sanjay Jha Mastan . it is great art work for a concept creator or it is a great reward to a art concept creator because this concept is a positive think for cleaning of Mumbai City . this writing matter of Mumbai Chakachak is a ideal concept for nation cleaning system. So thanks to Cine Actor  Sir Sunil Setty he was noticed to sound of Creative person Sanjay Jha Mastan .and he was invested his time money and energy for a right think about MUMBAI CHAKACHAK. 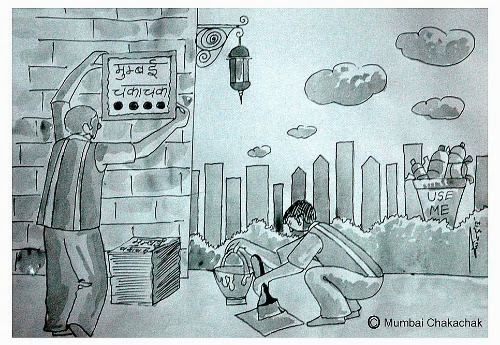 when Director Sanjay Jha Mastan was visited   my illustration exercise he was again told me for creation of illustration about a book format . Actually he want to share  his right concept of Mumbai Chakachak  with all person of Mumbai  by different format of art like cinma , book, painting, theater, and some other art format .  I am liking his positive action for real cleaning of social environment so I want to give a salute to him or his art energy . because I know this kind of creative art concept came from a Art writer cum director Sanjay Jha Mastan by a art communication or art discussion .

Posted by yogendra kumar purohit at 12:18 AM